He Stays With His Peace (Moon Raker) 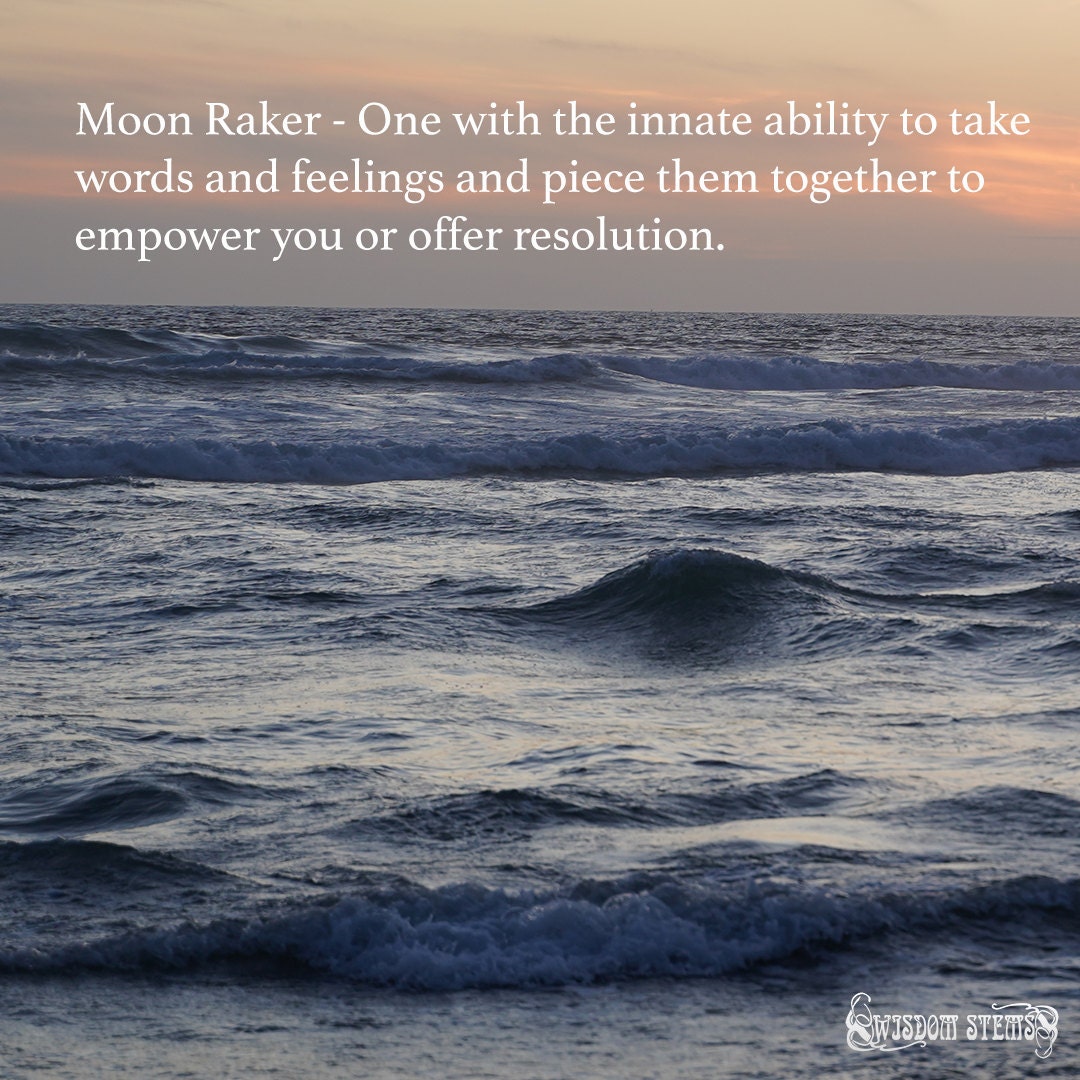 The Title "Moon Raker",  was reimagined from a popular 007 film. This is the way that I flip it.

Certain words we use connect us with a feeling. The feeling fires up internal pathways. The pathways generate a sense of well being like a bubble of gratitude.  Remember, we are in a reality based on perceptions. Even simple words or phrases trigger an emotional response for particular individuals. You can call them sensitive, I call them Moon Rakers.

Words like Love or God may carry an emotional baggage when they are used. Either of those words may have been used to control us in the past.  The belief that is attached to the word or the reason the word is used send a wave of emotion. It is a trigger but it is more that.  A Moon Raker could take the same words and ideas and use them to save a message. A Moon Raker is one that is crafty in the way they choose their words, because they know what they say has potential to trigger someone.  There is a lot of power in the words that we choose to impart. But the most important words are the ones we tell ourselves.  The Moon Raker understands that it is more beneficial to control our words than it is to use words to gain control.

The words of the Moon Raker are like air bubbles and the feelings are like the wave.  You seldom get one without the other.  As for the matter of controllers, we usually get more words and promises that lack a  feeling of empathy attached to them.  If you are a Moon Raker, you are able to catch onto that almost instinctually.

It is not always an entity or an ideology that controls us but a belief.  It is natural that you do not blindly agree with someone's blanket statement.  It does not make their statement invalid but part of our brain is looking for factual evidence.   Our mechanical or "left brain" wishes to put everything into a compartment.  For some, this can often include our emotional response.  There have been times when we had to do this for survival.  As a survivor, you tend to forget how you once felt.  How you felt before you put all your baggage into a cubby for safe keeping.  How you felt when you were pure joy before you had become a survivor.  It can take us years and years to process all the words we are fed. And the experience is compounded each passing day.  The Moon Raker has a special way to remember.

The Moon Raker has left a message for him or her self to remember.  It is both the words in the message as well as the feelings that are attached to them. It is almost like you can see them in front on you.  When we get hung up in a certain perception compartment. The Moon Raker allows feelings to unfurl.  When this happens it is almost like the stagnated energy starts to flow again.  In no way is that meant to override the "left brain".  The message is used to get outside of the compartment using the language they are projecting. 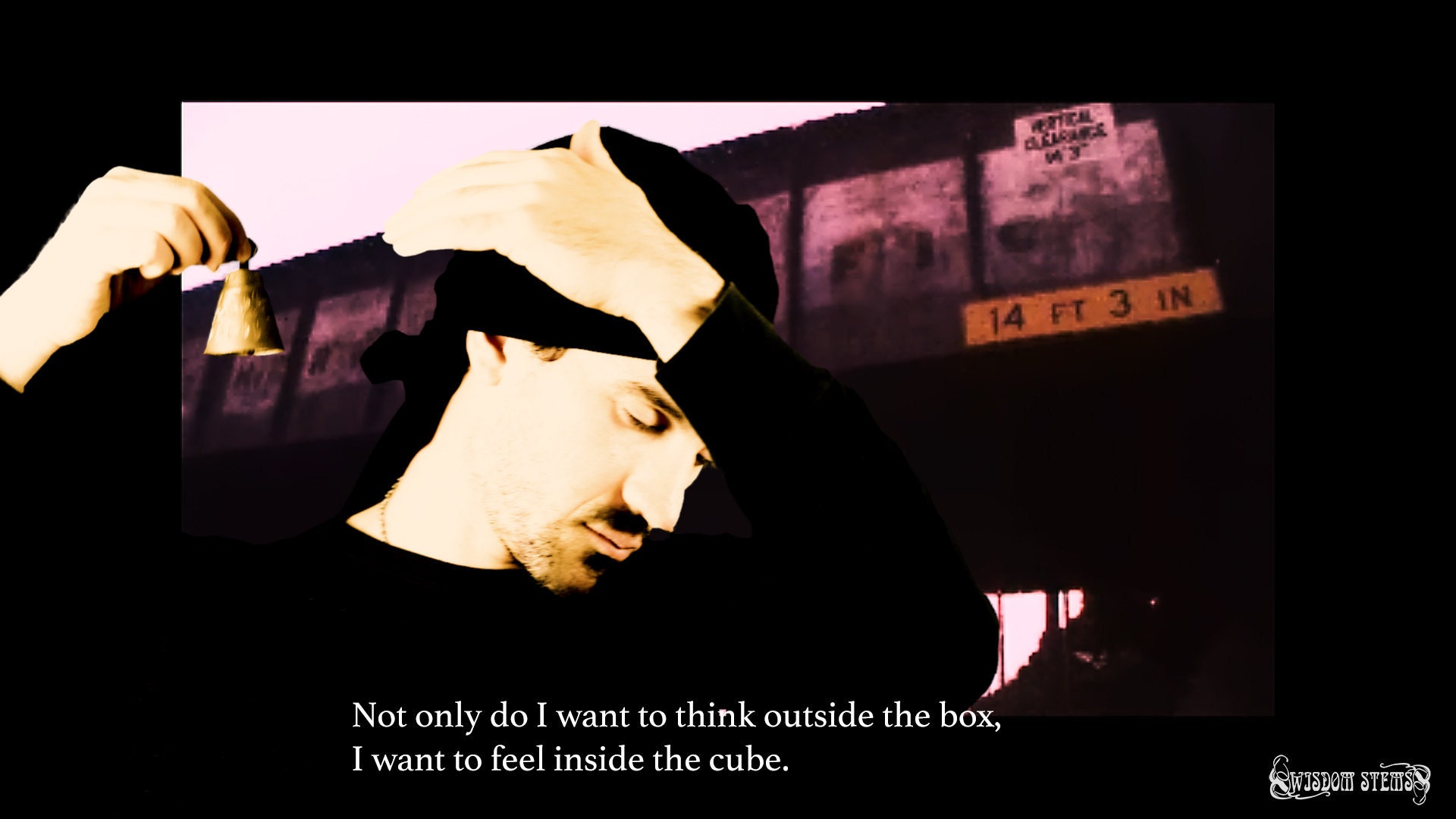 We are not trained on how our feelings operate in a way that is holistic.  We are trained to believe that our feelings show weakness.  As we secure our place in society, we create an identity for ourself.  Maybe it is something the defines our character or interests. It could also be a mask that we wear to interface with the world. The perception identity can be established by the frequency response (wave) that is sent back to us from others around us.  Theoretically speaking; the perceptions about you as well as what you believe about your self put you into a category of identity.  This is not necessarily a bad thing. This is all that you know about your self because you were not given the space or ability to process everything straightaway.  It is easy to take it personal because of the feelings you carry about yourself.  When you can get outside of this box, you understand that people have also been trained to send out this wave of perception to you. Unconsciously, you  have allowed the perceptions of others about you, put you into a group identity.  This was not the case when you were a young child, It wasn't about the thought perception. Who you were was more how you felt.  If you were given the space, there was nothing blocking your from what you truly felt. You had very few words to express it.  Now we have so many different ways to dodge the way we truly feel.  The Moon Raker relies on imagination more than perception to generate the wave. When you have imagination you are able to take your feelings and put them into words that say more about your real identity than how you are perceived. This is yet another idea that takes time and patience to cultivate. 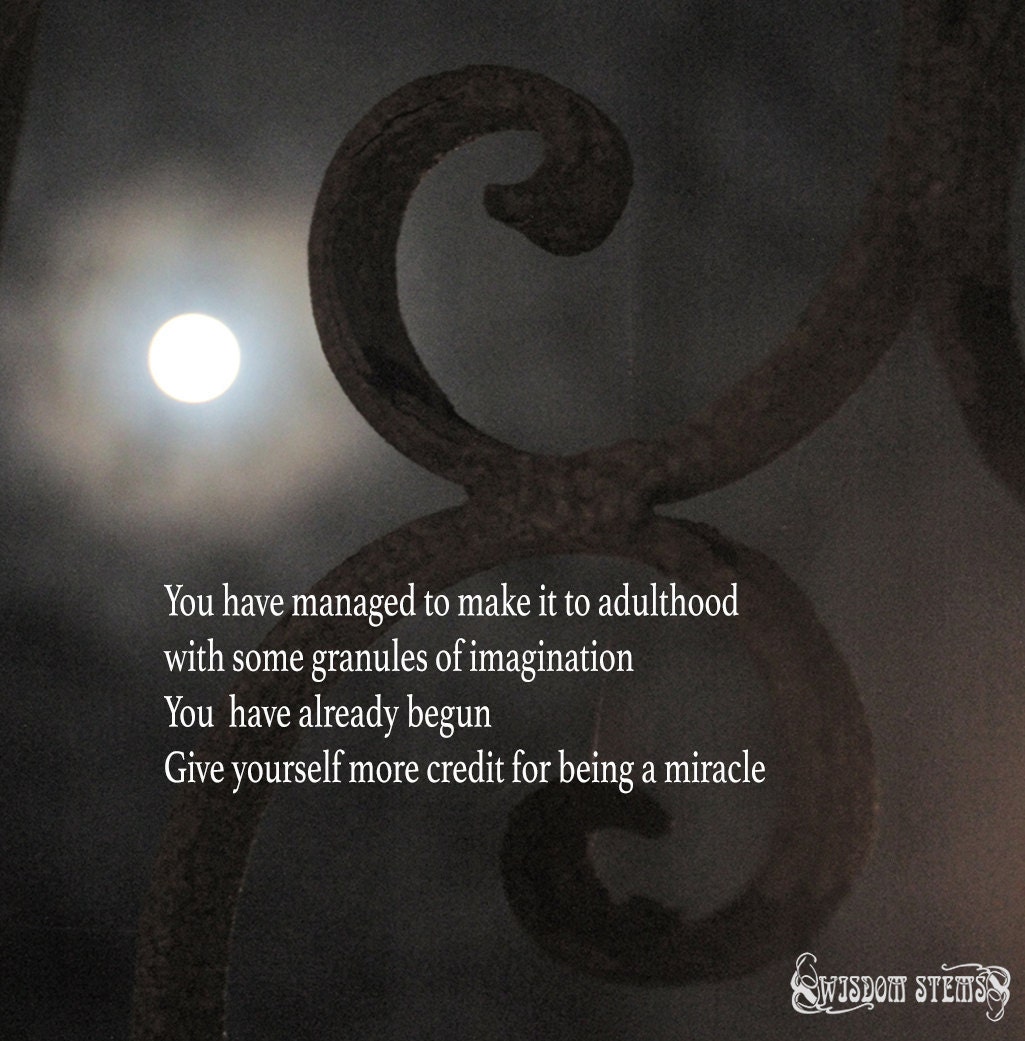 I have written several songs that were cathartic at the time and I was happy with how the songs served me in the process of making them.  I tend to jump into something new or something that was on the shelf and move on.  Years later, I hear some words from a teacher or another artist that correspond to those songs.  It usually happens at a moment where the message is refreshing. It almost feels like a deja vu but it is more like a confirmation of a connection greater than my self. It is a reflection of a situation that I had to go through.  A Moon Raker builds a stream of consciousness. It connects us to others as that stream moves into the continuous flow.  When I have to go backwards to get the message in the song,  It will get revealed later on in the future. I am doing a good service creating this way.  This is the very sense that the Moon Raker uses to convey their message.  I have learned there is very little separation between both of those worlds.

Listen to the WWAVV.  "All Streams flow to the sea". If you have given your self the open space to express your inner strength without being told to calm down or slow down or sit down,  you would feel an abundance of joy. Sit next to the water and let it project. How one feels as one projects into the stream can affect the flow. What kinds of limitations are getting projected from inside? What is projected is not separate from the stream.  What is inside of you is already inside the stream. The projection appears at random but it is known to the controller.  The flow does not replace the stream but it becomes a part of it.  The eternal flow is unknowable but you remember the flow each time you decide to stream it.  The stream exists whether your circumstances permits you to sit with it. The stream could feel distant like your are restricted from it altogether. It may be time to find a new flow. Regardless of your flow; It is still one stream that is making all these connections. How could the infinite stream reach everyone? Just like the diversity in your very make up, it keeps splitting. The allness in the controller is what allows the stream to continue splitting.  Your unique receiver is what makes these connections separate from the stream.  When you find your flow you are visible by your unique receiver.  What makes you relatable is your connection to the allness. The allness that allows the stream to continue splitting and the allness in your imagination. The imagination that can bring one and all closer to the stream. 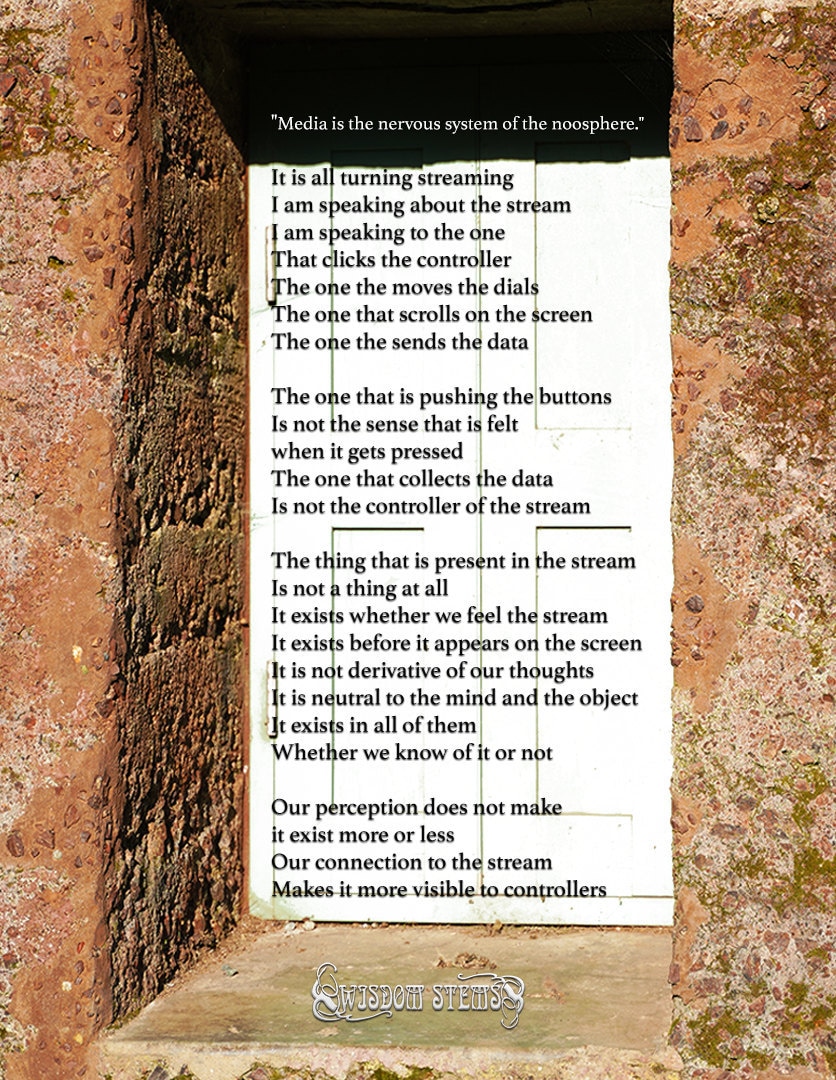